Home | Blog | Why Do So Few Agencies Publish Their Pricing?

Why Do So Few Agencies Publish Their Pricing?

If you read the information on our website about factors you should consider when choosing a marketing agency, you probably saw us mention that not a lot of companies publish the costs of their services online. We said:

If you’ve already looked at a few of the agency websites on our list, you may have noticed that a large number of these companies don’t publish their pricing online. Why is that? Well, it’s because they want you to contact them! It’s easier to deliver the news about the potentially high cost of services once you’ve already established a rapport with someone. A potential client who is already sold on an agency’s services and impressed by their portfolio is far less likely to say no, even if the prices are higher than they originally wanted.

Having said that, you’d think that more agencies would publish their pricing in order to “stand out” in this field of little to no data. However, there’s another reason that many marketing firms don’t put their pricing online: competition. 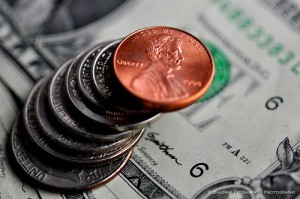 There’s no pricing standard for many marketing and SEO services, from content creation to link building. Because of this, and because keeping your prices hidden is considered an industry “standard,” it’s really hard for one agency to know what the other charges. And if they don’t know — and if this information isn’t public — they can’t undercut each other.

However, if one agency decides they are going to put their prices online, their closest competitors might use that as an opportunity. Now that they know what their competition is charging, they can easily draw people in by saying they “charge less than x,” or that their prices are “highly competitive.” They might even take it a step further and publish their own pricing, since it’s lower.

Agencies really don’t want to get into this kind of situation, though — and the ones who charge more than their competition certainly won’t put their prices online, since they fear being eliminated from the running immediately. This is why we continue to see almost no pricing, either for monthly packages or per-project or hour rates, being put online by marketing agencies.

As we mentioned before, we gave a boost in our rankings to brands who went public with their pricing data. Although they may be giving their competition an edge, as clients, we appreciate their honesty, and we’re more likely to work with a company that won’t give us “sticker shock” at the end of the day.